Laura Petreilli grew up in Chicago Illinois and attended the Fashion Institute of Technology where she received a Bachelor of Fine Arts in Lingerie.  After college she formed her own company with the edgy title “Vex” focusing on latex as her creative medium.

Her designs have been featured in “W” magazine and Italian Vogue.  Most recently she was on Styled to Rock, a television show where celebrity judges including Rihanna, Pharrel and  supermodel Erin Wasson vote for their favorite designs much like on Project Runway.

Laura describes herself as “a wife, mother, baker and crafter who designs latex clothing”.   Her goal in founding Vex was to make latex clothing “elegant enough to go from fetish gear to mainstream fashion.”  We at MJTrends are big fans of her designs.  Check out some of her creations for yourself at: www.VexClothing.com 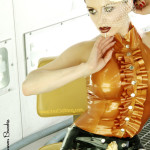 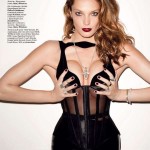 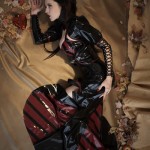 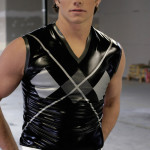 Thanks for the shout out!
xox
L