Leather Costumes From The Hobbit With the final installment of the Hobbit trilogy on the horizon, it’s time for an unexpected journey of the costumes from the films, designed by Bob Buck, Lesley Burkes-Harding and Ann Maskrey. After extensive research of art history, fashion and textiles trends, Maskrey began to envision the fantasy costumes fit for Middle Earth.

Expanding on the wardrobe developed from The Lord of the Rings series, the team of designers strived to create a fresh revamp of the classic looks. Bilbo, the film’s protagonist, wears a costume which reflects the simple farm lifestyle lived in Hobbiton. Featuring a chester coat layered over a plain waistcoat, Bilbo carries a leather backpack and shows heritage and folk style inspiration.

In The Hobbit films, the story features less Hobbits and more on the company of Dwarves, along with Elves and Humans. The rugged Dwarves are characterized as being sturdy and resilient, their costumes consist of a full length leather coat with fur trim.

Their weighty armor is durable for any adventure, with thick leather belts for their swords and axes, along with bulky gloves and arm greaves that offer ample protection in battle. The attention to detail is award-worthy, featuring leather and armored pieces that are marked with intricate embroidery of runes and archaic symbols.

In similar suit, Bard the Bowman sports a fur trimmed coat and leather quiver for his bow and arrow. Both ethereal and surreal, the costumes for the Rivendell Elves create a light contrast to the heavy textiles found in the underground for the Dwarves.

The Elves are known for being swift, strong and light on their feet, favoring their skills with archery. Tauriel, the film’s fictional she-elf dons a fitted leather corset over a dark green dress. Her minimalist armor is only a set of leather arm greaves paired with riding boots.

Other elves, like Legolas, Thranduil and Elrond feature more detailed armored sets, including leather pieces imbued with fluid lines. Be sure to check out more of these amazing costumes in action on the big screen. “The Hobbit: The Battle of Five Armies” hits theaters December 17th, 2014. 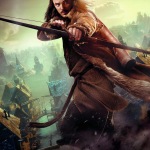 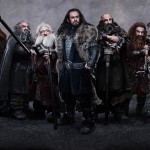 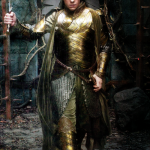 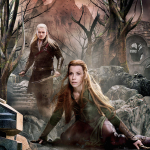 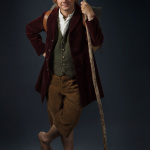 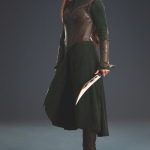 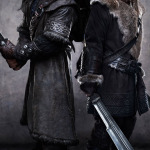 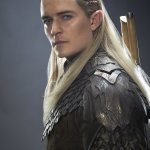 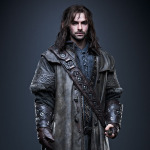 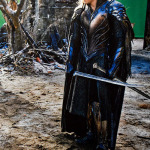 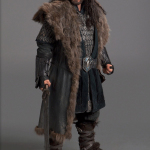